This is another retro-post from my old blog.

During my trip through Ireland and Scotland, I was still severely shy and anxious. (I’m not claiming that I’m not now, but I was far, far, far more shy, nervous and anxious a few years ago before I started my current job.) I rarely spoke up about my opinions regarding what I wanted to do during that trip. And while it’s true that I may not have had a huge preference ) I was enjoying the fact that I was in a completely new territory, culture and atmosphere – and was happy following my uncle around (He travels a lot and had an excellent itinerary developed for us). But on the other hand, I didn’t speak up as much as I could have, nor did I speak up when I genuinely wanted to do something. This is still an issue that plagues me today, to some degree, but on a particular day during my trip – it hit me harder than ever. It was a pivotal moment for me.

We were in Dublin, Ireland for the day – the second day of the trip – and eventually ended up in one of the city’s local public parks. For the two days we stayed in the city, we walked everywhere. So opting to sit down and enjoy the scenery, I decided to take some pictures of the park, a few of which can be seen above, taken from the highlights of my photographs. 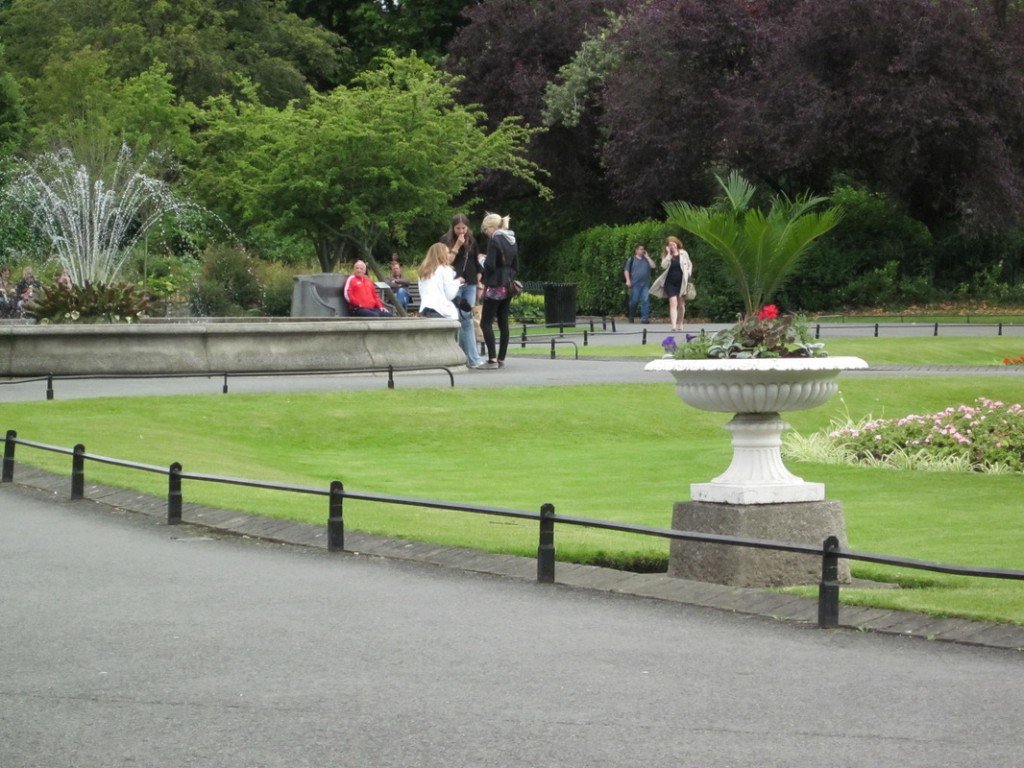 A girl passed by in-front of us, in-front of the bench we were sitting on. She had to be about my age, a couple of years younger at best. It wasn’t anything out of the ordinary, at first: we saw plenty of people walk by us and she was no exception. It was a park, after all. And then, all of the sudden, she quickly turns towards the two of us and with a plenty-confident attitude asked if I would take a picture of her. It wasn’t so much what she said, but how she said it and how she acted that caught me off guard.

It… was almost taunting, daring, tempting me to do it – to take a picture of her. It is hard for me to put in words, but it was almost as if she could tell – could sense – that I was shy, not very outgoing, or nervous around people I didn’t know (let alone women!). Or perhaps she was merely used to tourists visiting her city and could tell that we were one of them (the cameras didn’t help).

Looking back, I don’t know what stopped me. Yes, I was certainly nervous and I regret that I didn’t lift my camera to take a picture. It was, I’m sure, partly because of anxiety, shyness, fear and maybe even ego (“why should -I- take a picture of someone just because -she- said so!”) or something along that line of thought.

It may have been nothing, but this memory sticks with me as one of the most prominent experiences as a result of the trip. This trip was a very out-of-this-world adventure and this one experience that lasted only seconds forced me to experience and feel something that fuels me to this day. And it’s this very experience – this girl, who I may never meet again – that is a huge source of inspiration to let my guard down and try new things.