What will I call this year’s quest? Venture 15 was a huge catalyst to massive change in my life and this year needs an equally awesome-inducing name. I deliberated for days, coming up with so many different titles I wanted to use.

And then I came to the realization that Venture 15 hasn’t actually finished. It’s only the beginning. At the start, it was my goal to be unrecognizable in 5 years – by the year 2020 – and that means Venture 15 still has so much longer to go.

I want to live a story worth telling. Venture 15 isn’t over: it’s just time for the next chapter in the story. 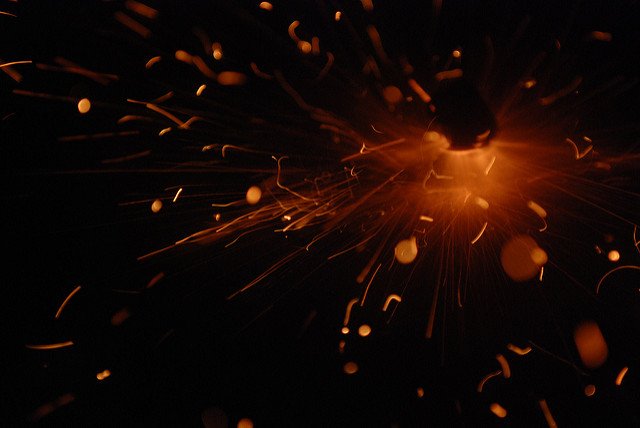 Last year set the stage and kindled a fire inside of me that had been just waiting to ignite.

This year? My visions and dreams are more refined than they were last year. They may still change, but now I have a better idea of what I want to accomplish and where I want to go.

I have set the course; now I need to open the sails and set sail.

But a journey that has every turning point and surprise mapped out makes for a really boring and uninteresting story. Even if I have my goals mapped out, I’ll still approach 2016 with an open mind.

I want this to be an adventure.

It’s not just about setting sail towards the horizon of my dreams, but taking to the sea of life where the waves and the winds may force me into directions unintended. With winds so turbulent that it blows the map off the ship. Forcing me to explore under the light of the sun and to navigate only by the stars of night. 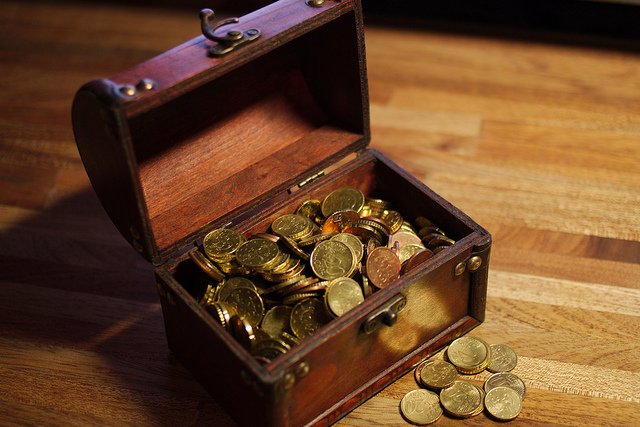 Searching for islands and treasure that could never be found on the map in the first place.

Exploration by day and the stars by night, I’ll follow the stars towards my goals and remain open to what treasure lay in wait on islands uncharted.

My goals are merely on the horizon or projects to strive towards. How I get there is not set in stone. Some of them I may reach, others may take longer than a year, and others yet will be thrown overboard along the way.

This is my star map.

As I continue to forge towards the horizon and the stars over the months and years to come, I aim to live by the Manifesto of the Expedition:

Live a story worth telling.

Be unrecognizable in five years, by 2020.

Challenge the impossible and the status quo.

Play by your own rules. 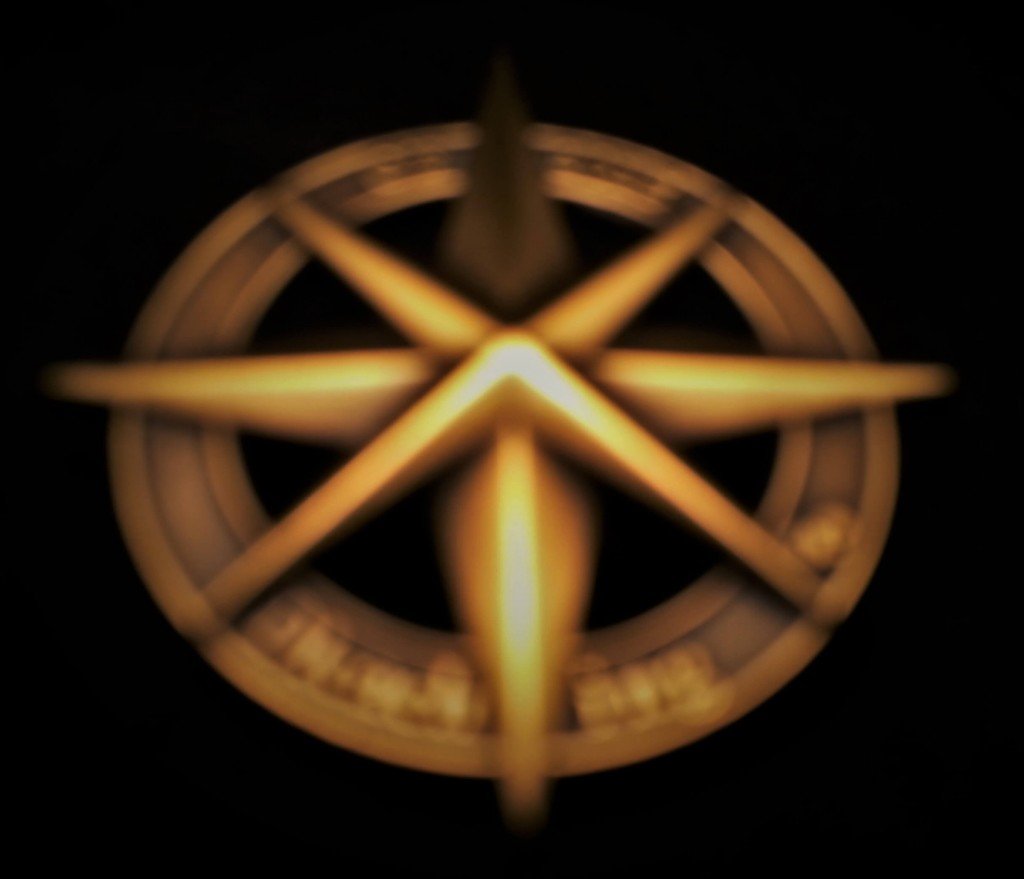 So long as I live a story worth telling, I’ll live a more fulfilling life that matters to me.

So long as I aim to be unrecognizable, I will forever push myself to improve and be better than yesterday.

So long as I challenge the impossible and the status quo, I’ll set out to find new islands of treasure in my life that I never knew existed.

So long as I never settle for mediocrity, I will one day die knowing that I have given all that I can in life.

So long as I play by my own rules, I’ll forge a path that feels right for me, not what society has chosen for me.

But what is on the horizon?

At the beginning of the year I had mapped out everything I wanted to accomplish, but they didn’t feel as invigorating as they were last year. After I listened to a podcast by Andy “the Mother Fucking CEO” Frisella (Podcast #38), I realized that my goals weren’t big enough. They weren’t exciting enough for me to wake up, ready to take on the day.

“Our goals have to be so large that they raise our level of greatness.”

By the wise words of Andy, “Take the sheet of paper with your old goals, wipe your ass with it, and flush it down the toilet. Take a fresh sheet of paper and write down goals that are one million times bigger than that goal.”

After raising the bar, we have to be able to raise our level of commitment and action to meet them. Even if our initial goals are “reachable,” it will still require doing a lot more than we expect. We may as well set the bar even higher and put that extra effort to use.

“It’s better to fall just short at greatness than succeed fully at mediocrity.”

By setting and actively working on ambitious goals, you’ll condition yourself to think and behave differently in your life.

Thinking about “losing 5 pounds” is not as exciting or emotional as “having your dream body.” Dreaming about “saving a little more each month” is not as inspirational as “visiting a new country.” Losing weight or saving more each month may be necessary to reach your dream body or visit a new country, but they are only components to a bigger dream.

Focusing on the end of the journey is what will help keep everything in perspective. It’s a reminder about why we’re doing the little, but important actions along the way.

I would much rather “fail” and make partial progress on a massive goal (and still be ahead of where I am now), than succeed at being in the same place I am now. It’s better to fail at something big than to succeed at something mediocre I know I can already accomplish.

If I put in the time and effort, which would I rather have?

“If someone else read your goals, you should feel a little embarrassed. A little silly. That’s when you know you’re on the right track.”

At the beginning, my goals were relatively “safe,” even if I was still preparing to push my comfort zone like last year. A lot of these “goals” may still be goals, but they won’t be THE goals. They’ll be a part of a much larger vision. Some will be actionable steps. But they can’t be what I wake up for in the morning anymore.

Those goals don’t inspire. I need goals that push me towards “greatness” and when pursued will elevate me up to it.

So I had to throw them out and make them even bigger.

I had to make them so big that I felt embarrassed admitting them. It resulted in hiding them for weeks. At long last, they finally see the light of day. Even if I’m the only person that reads them, putting them “out there” helps me to accept them as who I am and what I want.

These are the stars in the night sky, my ambitious goals that guide me towards the horizon of success, fulfillment and living a story worth telling. 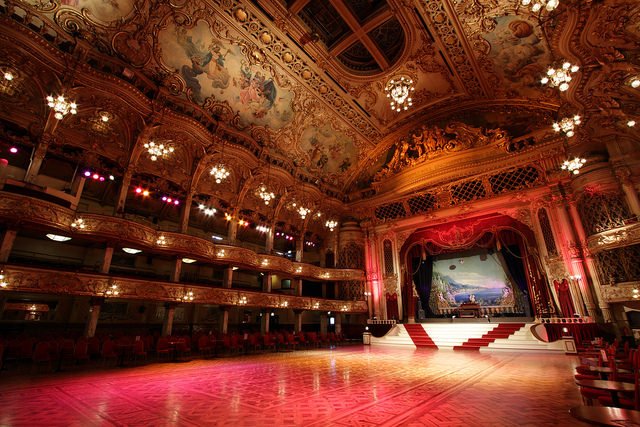 1.) Compete in a ballroom competition.

5.) Cultivate a community of awesome.

It wasn’t until I gathered the courage to share them with one person that I started to realize I had to accept them wholly. Hiding them won’t benefit me. Hiding them just gave me an excuse not to work on them.

If you hide your goals, now matter how ambitious or ridiculous, how can anyone know how to help you?

By “shipping,” I can now mentally accept the task at hand and start working on the next stage.

Now, these goals aren’t finished. They aren’t specific, clear and sharp enough to be considered tangible goals. Without metrics to track, I can’t say whether or not they have been completed. Without milestones and daily rituals, I won’t be able to take the small actions that will actually get me there.

Perfection is the murderer of dreams and of opportunity. Perfection is just just the weapon of resistance keeping us from our dreams. I would rather have an incomplete, unfinished, imperfect version of my star map if it means actually accepting my goals and taking action towards them today.

Otherwise, I’ll be waiting a long time before everything is “perfect.” So let’s start today and adjust as we go.

This is just the first step.

Loading the ship, setting the initial course and preparing to set sail.

Readying ourselves to set sail towards the horizon, follow the stars and search for treasure along the way. 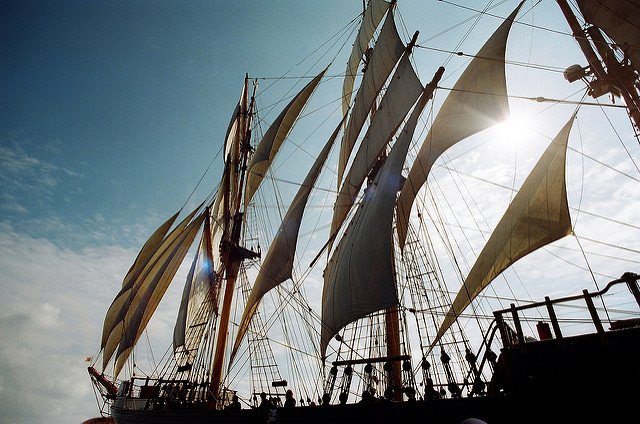