How a Single Step Created One of the Most Surreal Experiences Ever
October 30, 2015

I could still smell her perfume on my wrists as I left the studio.

A sensation I had never quite been familiar with as a shy guy.

It echoed in my mind as I drove home.

A rhythm and voice I wasn’t about to forget.

A motto of the year.

This was the beginning of one of the most surreal experiences I’ve had this year. One that I will look back upon as one of the catalysts for bigger accomplishments in life. And it helped me to realize how I need to balance who I am with who I want to be.

And methodical planning. Taking time to be introspective to identify what it is I want to pursue, where my faults lie and how to improve myself. A detailed plan of how to get from where I am to where I want to be.

Quick actions, quick decisions. Once I had a goal in mind, my plans would be useless if I did not put them to action. A lesson I’ve had both begun to teach myself and have been instructed about by some of the most prominent minds in my ‘sphere of influence.’

For the longest time (and still to this day), I have been notorious for having excessively thought out plans, but with little execution. Often, I could pinpoint what I wanted and could even go so far as to detail every single step from start to finish.

Venture 15 has been my vow to action, to daring, to failing, to succeeding. To taking action even if I did not know where it would lead. I was finally beginning to take action for some of my plans. Yet, I was able to accomplish more when I had spent less time planning and devoted more time and energy to actually taking a step forward.

Friday on October 30th, I got to experience one of the most surreal and profound experiences of my life by taking action and stepping into the unknown without an ambitious plan. For Venture 15 and the year of 2015 this experience, this daring step, these few hours will be one of my best experiences. A Top 5 of the Year.

As I write this, my hands are beginning to shake just thinking about it. I was nervous going in, without knowing exactly how it would unfold. At long last, I had finally begun to embrace, with action, the idea of stepping into the unknown.

Not knowing everything. And trying anyway.

Seeing what could happen. What if? What did I have to lose? What’s the worst that could happen? If anything, this experience has helped me to realize just how far I’ve come. I’ve done more for myself in the past year than I have in the rest of my life.

And it’s only the tip of the iceberg.

I don’t know when this journey began. Sometime a year or two ago I had begun to take a vague interest in dance. Maybe it was the fluid movement of two dancers, the spectacular outfits and costumes that dancers get to wear, the anxiety and excitement of being in the spotlight, to share an experience with another person or to simply to do what I thought was impossible. 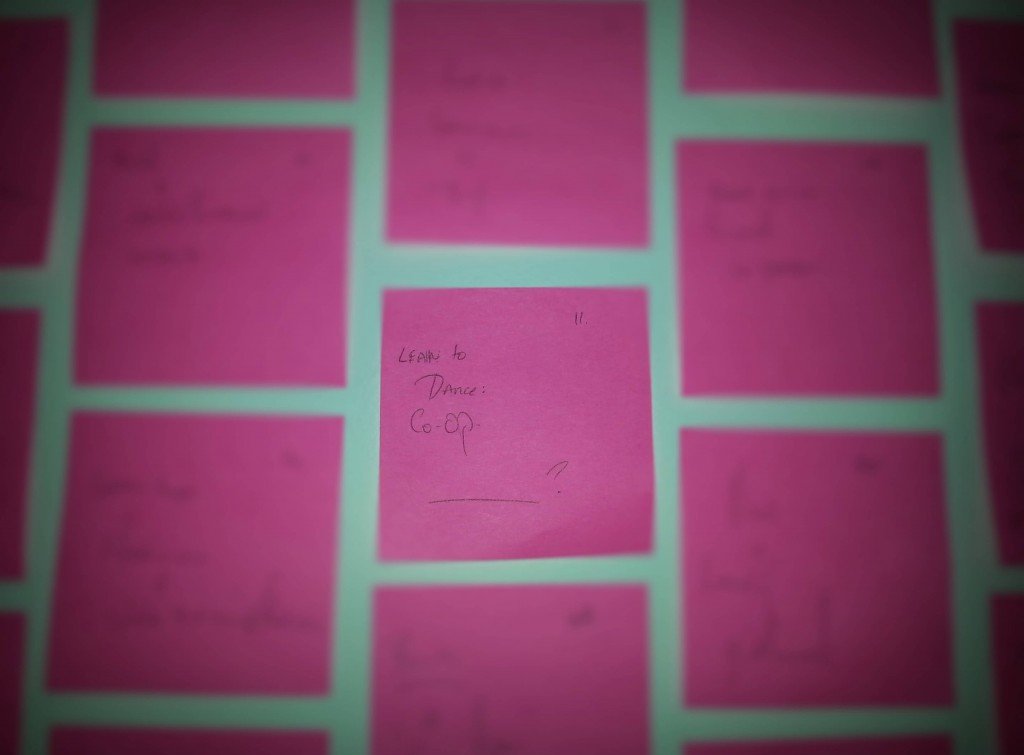 Years ago, I firmly believed there were things that I could not, nor would ever, be able to do. Dancing was one of them. When Venture 15 began to coalesce, I made it my mission to identify activities and skills I wanted to try or accomplish, to see if it was possible that I was wrong. For years I had told myself that dancing wasn’t possible, I was afraid I might be ridiculed for the interest, that it would be unconventional.

Now these are all characteristics for what I MUST do. I had to challenge these beliefs and anxieties.

Why wasn’t it possible? I hadn’t even tried, so how could I know?

Why would I be ridiculed? If I truly was, then I’m spending time around the wrong people and I would need a new circle of influences.

Why is it unconventional? If it is something I want to do, whether it’s short-term or lifelong, then “unconventional” is how I would set myself apart and truly grow into a person I want to be.

About two weeks ago I finally decided to take some action. Months prior I had done some searching around online for local places to learn how to dance. I found a couple places, but didn’t quite commit. It wasn’t until I did another search more recently and discovered Arthur Murray Dance Studios and sent an email to inquire about the studio and programs within. The commitment to action had finally begun. 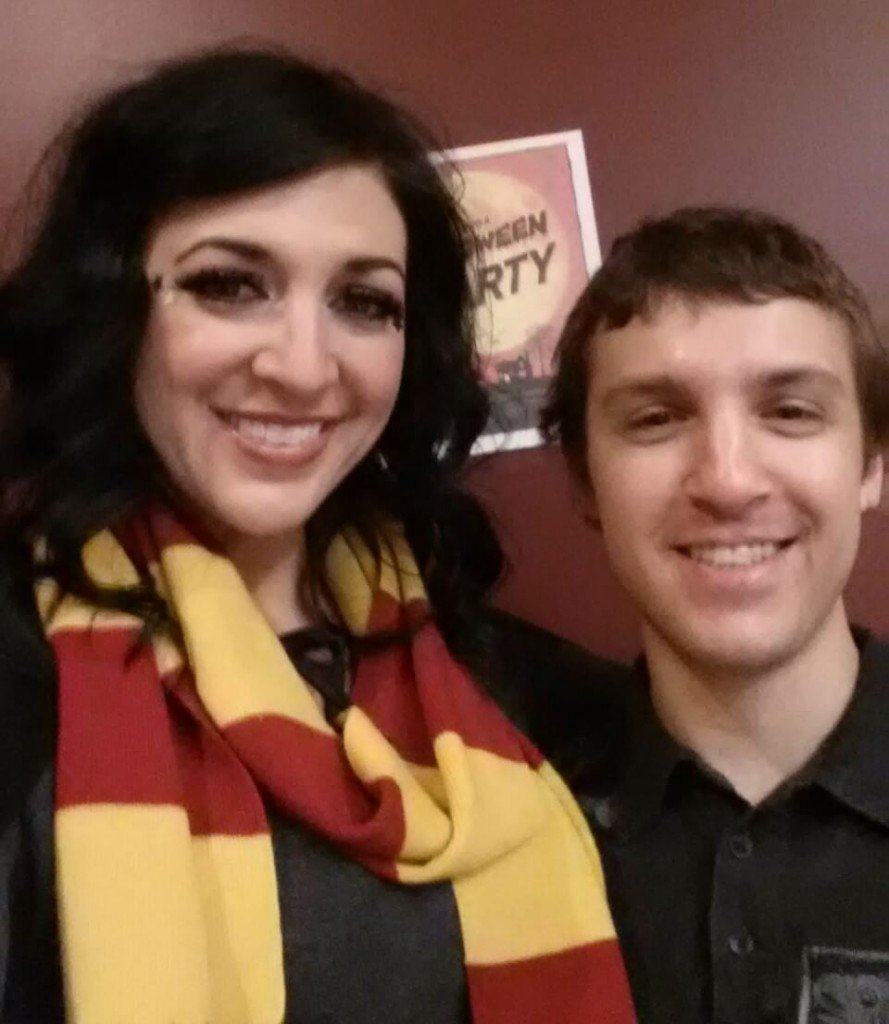 On Friday I got to personally meet with Theresa and her fiancé, Quinton, at the Arthur Murray studio. There were already people dancing in the studio’s large room. Had I been presented with this same environment a couple years ago, I would have probably chickened out. Only one room? Where people could see me? No thanks! Just another realization at how much my comfort level has grown this past year.

I had a brief chat with her to learn more about the studio and why I had decided to visit. Before long, I was pulled along to the center of the floor for an introductory lesson to a few basic dances: Waltz, Rumba, Swing and Foxtrot. By the end of my night, I had been taught the fundamentals to each dance, how to hold a lady during a dance, the etiquette of dance at a social event and how to lead a dance.

I learned more by taking action than I ever could by planning and preparing.

After the introductory lesson, she encouraged me to stop by for a group session and the Halloween party. I thought she meant the next day on Halloween itself. It became a wrench in the system when she told me it was that very same night. It flustered me, but I said I would think about it.

I sat in the car for a good five to ten minutes just thinking about it. And that’s when I decided that I would stay: I knew if I went home, I wouldn’t come back that night. My chances of following through would immediately diminish. I stayed in town and killed some time until the following session.

I was so happy with my decision. I got to meet so many people that I had never seen before. I got to learn even more about the Waltz, got invited to a Halloween party on the spot, and got to dance with so many people. By the end of that night, I had danced with more people in a single evening than I had in my entire life combined.

Most importantly, I got to beat the fear. Even if I was still shy throughout most of it and had to literally be coaxed onto the dance floor by Theresa and other instructors, I still had to step into the studio to make any of it a possibility. I could have walked out any moment, but I chose not to. I could have said no to any of the dances, but I didn’t. I could have stepped out of any dance pairing I was put into, but I didn’t.

I chose to embrace as many opportunities as I could. 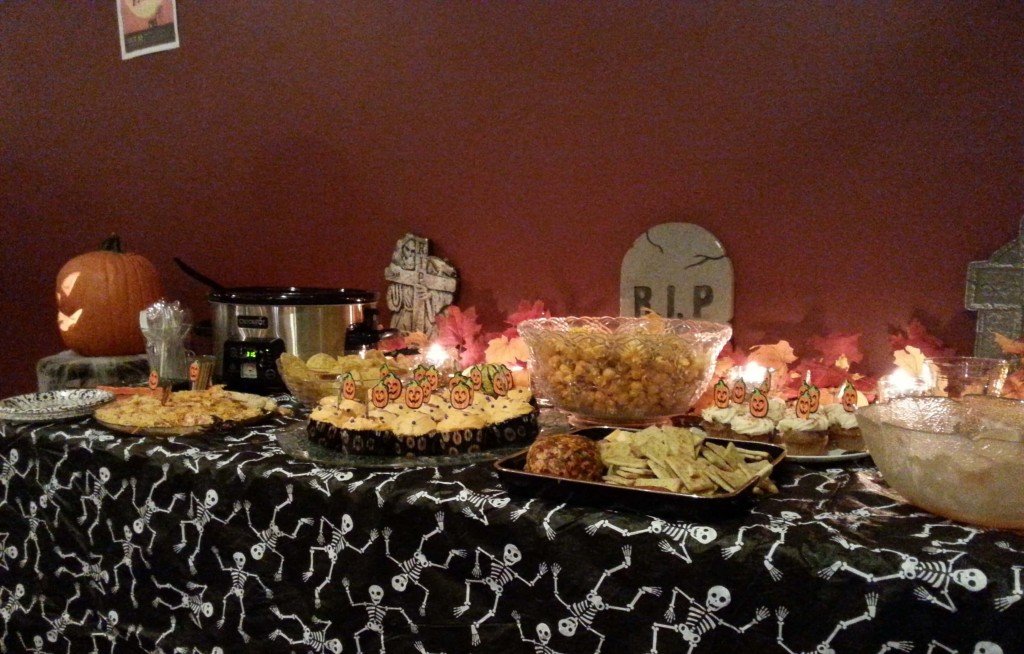 And I did all of this without telling anyone about my plans or intentions. With as many fears and anxieties as I had about the idea of learning to dance, I knew that I would make it worse by trying to win over approval from friends or family. I knew that if I tried talking about something as unconventional as dance, for who I was, then I was going to be less likely to commit to the end.

And by that “end,” I had one of the most surreal experiences of my life by committing to myself, taking a leap into the known and connecting with new people.

No matter where I go with dance from this point on, I owe so very much to Theresa, Arthur Murray Dance and the many instructors and students for the phenomenal experience.

Thank you for helping me to discover a part of life that I will never forget. 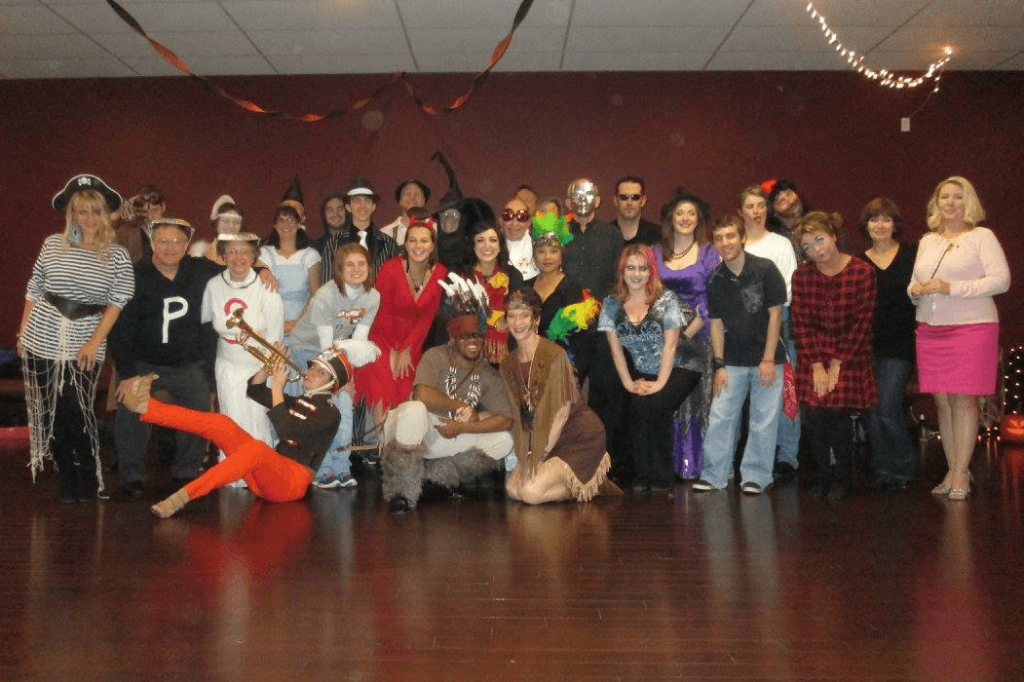 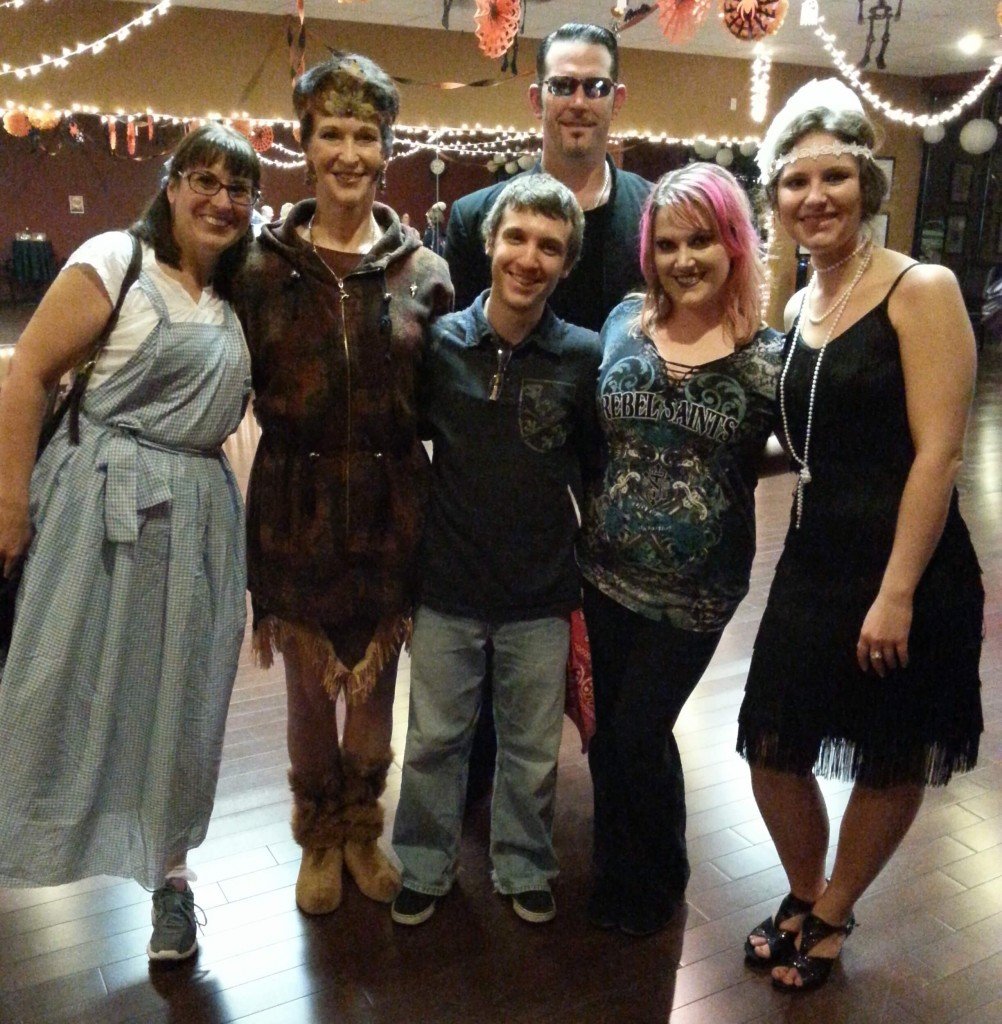 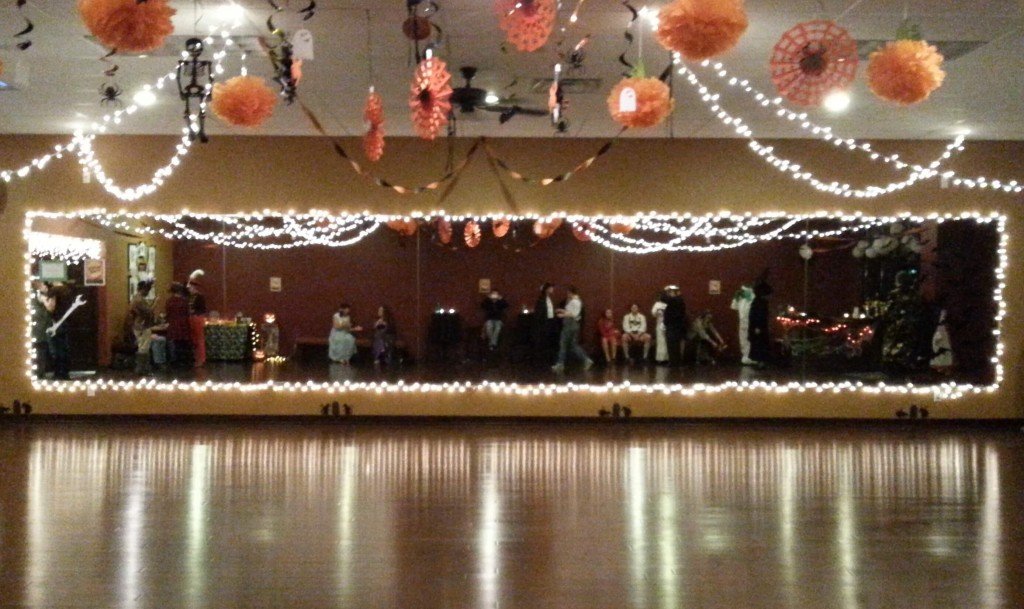