I have a guilty pleasure of reading inspirational blog posts, watching motivational videos on YouTube, etc. etc. until the day is over and I’ve done nothing useful with my time.

Inspirational posts and motivational videos are great. They can give hope when nothing seems to be going right.

Most of the time they’re just a crutch.

I’ll read and watch a bunch of motivational content but I don’t do anything with it.

After reading a few pages from the Icarus Deception by Seth Godin (thank you to Michele for the recommendation; I wish I started reading when you actually recommended it), I realized one facet of why I wasn’t taking action.

In a section called Is the Artist Free? he goes on to say that we are free to “choose” to make great art (do work that matters), but we will never be free from the lizard brain, voices of insecurity and second thoughts. Ever.

“If you have decided that you can’t do art until you quiet the voice of the resistance, you will never do art.

Art is the act of doing work that matters while dancing with the voice in your head that screams for you to stop.

We can befriend the lizard, lull it into a stupor, or merely face it down, but it’s always there, always.

As soon as you embrace the lizard (not merely tolerate it but engage it as a partner in your art), then you are free.”

In other words, we’ll never be able to get rid of our fears.

For a long time I’ve been trying to do exactly that. Trying to…

Which explains why I have done nothing worthwhile with my time lately.

Sure I’ve “done stuff,” and made progress in some areas of life.

But deep down, I know that what I was capable of doing is so disgustingly far away from what I’ve actually done.

I’ve put the message of my heart on “hold” by not taking ANY action towards those creative curiosities that a part of me so deeply longs to experience.

Waiting for the perfect moment.

And it doesn’t exist.

It has just been the lizard brain, the resistance, trying to keep me from doing a damn thing.

Seth Godin also talks about the “Habits of Successful Artists,” the baselines that artists and professionals maintain when the lizard brain and resistance does everything it can to stop us from doing work that matters:

Learn to sell what you’ve made.

Say thank you in writing.

See the world as it is.

It’s one thing to understand these intellectually and another to execute them physiologically.

If I want to make great art, build tribes, and be a part of the connection economy, I must learn to integrate these habits into my life. Even if I fear them.

I have to, as Seth Godin says, be a fearless heretic. An impresario.

I can’t get rid of the fear anyway. Why not find a way to use it?

I’ve learned that when we are experiencing fear, it’s just one way our heart is trying to tell us that it’s important, that it matters, that we’re stretching our comfort zone.

In 2015 I challenged myself to take my life to the next level, which I call “Venture 15.” To live in the arena, to work through my fears, and to pursue my visions of an awesome life. To stand out in the open, be authentic and vulnerable. To never let the critic dictate my life.

Periodically throughout 2015 and 2016, fear started to win. Fear’s voice became the prominent voice in my life, so I stopped creating, I stopped risking, I stopped fighting in the arena.

I went back into hiding. I became more interested in silencing the fear than learning how to talk over it.

With the end of the year approaching, it’s another opportunity to review progress and recalibrate. While the time of the year should play no bearing on how proactive we are with our lives, this time it coincides rather conveniently.

It’s just another reminder to kick things into gear: to take action and embrace fear once more.

They will always be there.

I have to learn to work with it, not against it.

No more trying “silence” the fear.

Let it speak its mind.

Let it show me what’s important.

Respond by dusting myself off.

Getting back the arena.

And speaking louder that it can.

Do not wait for silence.

Embrace the fear and do it anyway. 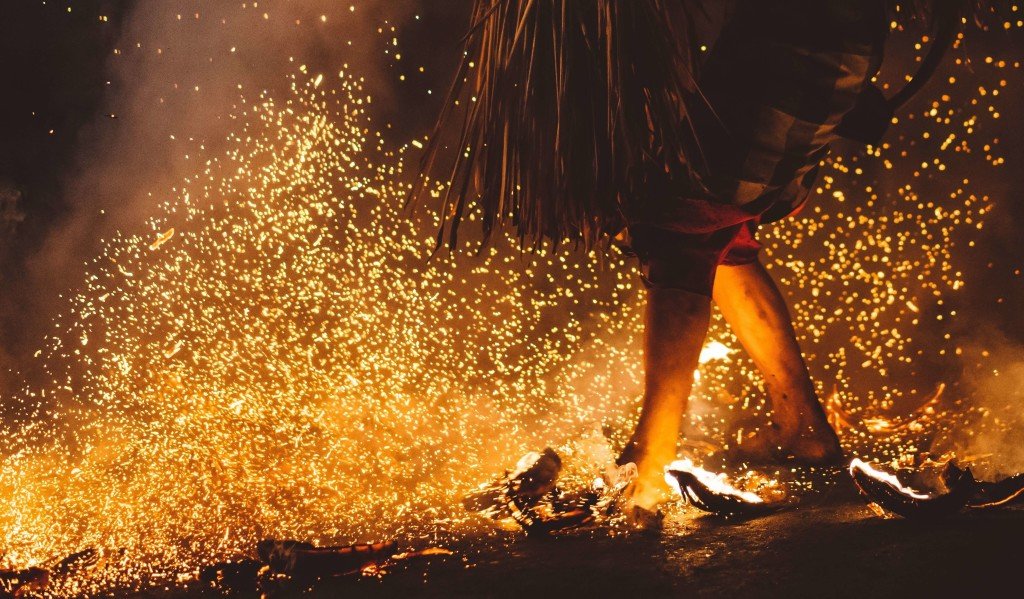