At Destination Imagination Global Finals 2015, my family and I got to experience one of the prime cultural characteristics of the event. This phenomenon is known as “Pin Trading.” Just like the previous year (2014), Pin Trading was everywhere at Global Finals. With tens of thousands of contestants, team supporters and event volunteers, you couldn’t go anywhere on the event grounds without bumping into a group of people trading pins.

Pin Trading is all about meeting new people, collecting some very unique looking pins and having fun. It’s a great way for people to meet one-another and even helps to break the ice in conversations. Pin Trading was for everyone at the event: from first time visitors to yearly veterans and youngsters to parents.

2015 was the first time I gave Pin Trading a try, after seeing how massive it was in 2014 during our first visit. I wasn’t a contestant, but not every Pin Trader was. Pin Trading in 2015 was one of the greatest experiences of the year and it helped me to get out of my comfort zone, meet new people and even make headway into conquering social-related fears.

As I was meeting people and trying to get more comfortable with the idea of having conversations with complete strangers, I met one of the Destination Imagination volunteers. She was manning one of the food tents one evening. Like most Pin Traders, she had a variety of pins decorating her identification lanyard. One of the pins stood out among the rest. A pin I hadn’t really seen before and only very few people actually had it.

A golden star, which I later called the North Star.

It was called the North Star because it ended up guiding me towards a very specific goal – my “North” for Pin Trading – and enabled me to journey through many unique experiences.

After inquiring about the North Star, I learned it was a very unique and special pin among Pin Traders. It wasn’t a pin that you could buy as part of your state or team that you’re supporting. The North Star was a pin that had to be earned.

A trial, a quest, a conquest of sorts.

For the next two or three days, my family and I journeyed across the massive Global Finals campus looking for geocaching signs scattered throughout. These signs had North and West coordinates on it that looked like:

Using a smartphone we had to plug these coordinates into a smartphone and navigate to the geographical location in the world to look for something. We didn’t know exactly what we were looking for, but we figured it would at least be something small and probably moderately hidden.

The first location sent us to a giant rock in Knoxville. A rock that had, presumably, been free to paint by the public. Nearly every time we passed it, something new was written and painted across it. All we knew was that the “something” we were looking for was nearby. After some searching, we managed to find a tiny plastic tote.

Inside we found some notes, cards and a variety of pins. We could swap the pins out for ones we liked in exchange for one of our own (Pin Trading, again!), write a small message for the next person and gather a card – to prove we had found the box.

Almost every location we were sent to also had another geocaching sign: new coordinates for a new destination. It took us two days to find all of the coordinates as they sent us all over the campus. The first few were relatively easy to find. The further we went, the harder they got.

But they opened up some new experiences for me.

For harder destinations that had us looking around for a while, we sometimes stumbled across other adventurers exploring and looking around for the hidden caches. We were able to strike up a conversation with these other individuals or groups in order to help locate the hidden cache. Other times we were able to help others locate the caches. And other situations involved a “fair exchange” of information: we’ll give you this location if you show us where that one is!

It was an incredibly fun little side-adventure and I was able to meet some interesting people along the way, even if I would never see them again.

One family in particular I was really fond of meeting — one of the friendliest of families I got to meet as a result of this one adventure. If I hadn’t embarked on this quest to find the North Star, I would have never met them.

By the last day, we had just one location left to find. We searched for hours – literally – trying to find this one final cache. The destination sent us close by the convention center, but near a large globe-like tower. We searched in the bushes, underneath stairs, in the elevator, in the building. We went everywhere we possibly could.

Using our recent experience with talking to people, we managed to speak to one of the volunteers in a tent near the destination. Even with three of us trying to talk to and persuade them, we didn’t have any luck garnering any sneak-peek information from the volunteers. So we kept looking.

While my parents were looking around at one side of the location, I was along the other. While they were out of sight, I decided to just say “screw it,” turned around and walked straight into the convention center where the main Expo center was. The final destination where we would take all of the “cards” that proved we had found the caches.

With less than thirty minutes left on the North Star geocaching adventure and moments before the Expo center itself had closed, I had one last-ditch effort to find the remaining cache. Except I had a different idea in mind.

At the information booth, where you would take the cards in exchange for the North Star, I found the lady that first introduced me to the pin and geocaching. In the spirit of stepping out of my comfort zone and doing what’s unconventional, especially for me, I decided to try and talk my way into earning the North Star. I had proof of all of the other locations we found. All but one.

And by the end of the conversation, I was able to earn the North Star without having completed the entire adventure as it was conventionally designed. As a notoriously shy guy, I had been able to talk and persuade the keeper of the North Star to part with one. Not only that, but I was able to earn four of the pins. One for myself, my two parents and my younger sister.

It was one of the most satisfying experiences and one of my favorite memories of Globals.

In the final hours, I actually stumbled into that family of three again. The family from Detroit. It was great to have a chat with them for the last time and was able to get a picture with them. And we all had our North Stars. I never learned their names, but they helped me to create a one-of-a-kind memory.

If it wasn’t for the decision to embark on the adventure, the unfamiliar choice to speak up and reach out to many of these people, or the “wing it” attitude to see what would happen against conventional rules, none of this would have been a possibility. I wouldn’t have met that family, I wouldn’t have the North Star and I wouldn’t have an amazing memory and an accomplishment to carry with me for the rest of my life.

The North Star has nothing to do with the pin itself, but the memories, challenges and accomplishments from earning it. 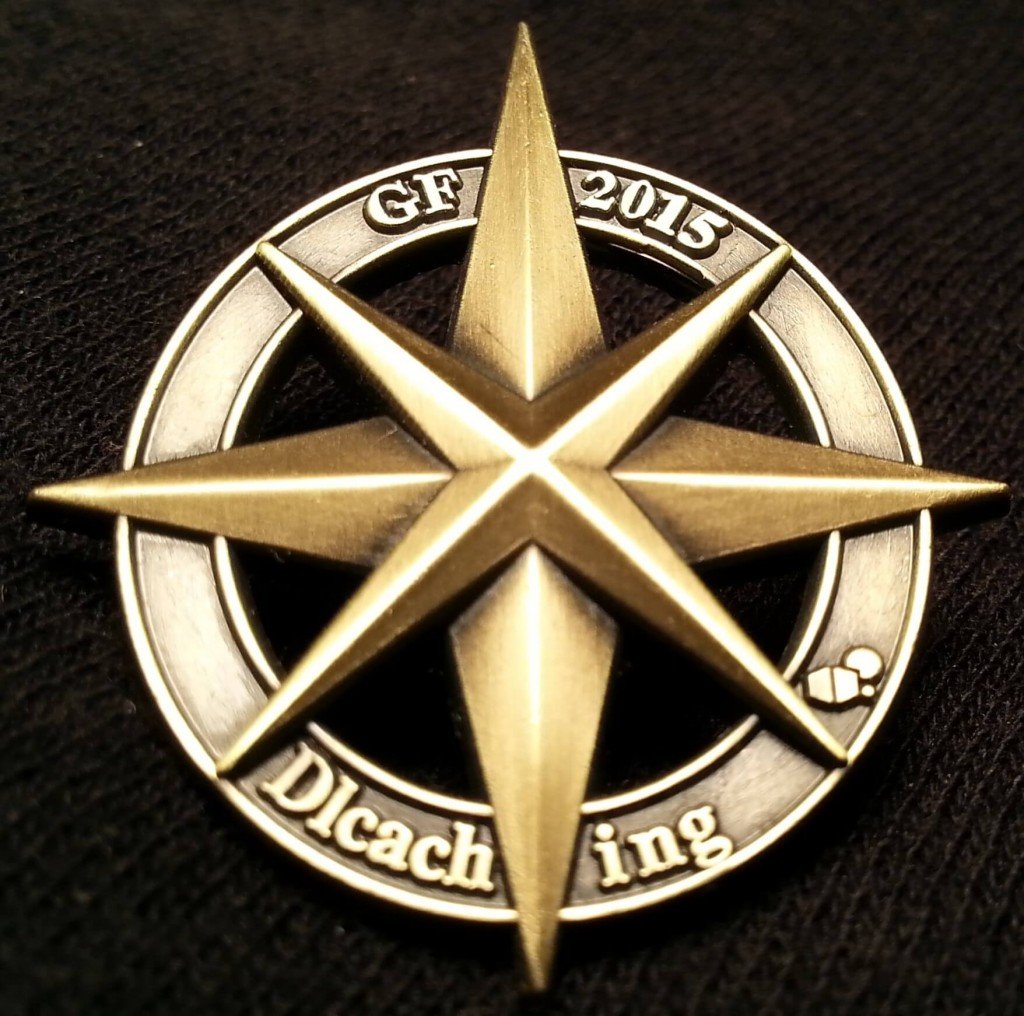