Do You Fear Your Own Echo?

A friend got me thinking again about the fear of being seen. This fear, of being seen and heard is still prevalent in my life, although not as severely as it was years ago. Still, fear of having an opinion, of being recognized doing something “I like,” of being different from others continues to live on through me.

The context is different online. I have almost no shame and no fear when it comes to sharing who I am, my story, my beliefs, my desires (and so on) in the online or written format.

But when it comes to being literally seen, or talking to someone face to face, that’s when fear rears its face again to say: “don’t you dare make a noise.”

And I fear(ed) that echo. I don’t know how to react to the best and the worst that people could send back my way for anything that I do.

When it comes to being bold, I can’t sacrifice one without also sacrificing the other. I can either choose to do it or not do it, but by not doing it – I run the risk of missing out on the best of that experience, of being able to have a positive influence and impact on others around me (including myself).

These thoughts have been particularly prevalent in #EmbraceTheWeird pursuits:

Wearing heels. Which are incredibly loud on certain floors. I don’t even dare putting them on if it’s late at night and running the risk of waking up family.

Typically, because I’m afraid of the impact that they make, of potentially needing to “explain myself” (which is often not the case), I won’t wear them unless I’m the only one home.

I fear(ed) the impact of wearing something that has the potential to make noise, that causes me to be seen or heard, or makes me a target for criticism.

My flight, drive, and creativity as a follow in West Coast Swing and dance. I catch myself holding myself back a lot, although at times it’s because of an uncertainty in myself. But even my footwork and articulation is often subdued, or hesitant, because I’m afraid of having that clear certainty of yes, I am stepping here, this is my choice.

I have also noticed that my footfalls tend to be toe-led by default, even when the “correct” is a heel-lead, mainly because I have learned how to literally soften my footfall so that it makes less noise.

I fear(ed) moving forward with certainty and “making the wrong choice,” or of being seen as a follower trying to interpret the music.

My natural tendency when talking is to be extremely soft spoken. It takes conscious effort to get myself to speak up in a way that is heard normally by the average person. My speech tends to jumble when I’m speaking too softly and too quickly.

This is doubly prevalent when I’m in a group, such as when I’m hosting a Westie event and want to share my vision, or want to corral the group towards a fun activity.

I fear(ed) having an opinion or belief that could be misinterpreted or challenged by someone and not being able to react appropriately, authentically, or effectively. I fear(ed) sharing an idea, or a call to action, and having it shot down, ignored, laughed at, or disagreed with.

In every one of these particular scenarios, it comes down to a lack of confidence in myself, lack of self-value in what I believe in.

The cure, then, is to speak up. To dare to make a noise. Dare to be heard, to be seen, to be acknowledged for who I am, the belief I have, the message I need to share, the vision I see.

Even if it doesn’t happen overnight, consciously and confidently choosing to speak up with conviction, let the heel of my step echo through the hall, or step-and-style with confidence in my dancing will help me see myself, my message, my actions, and my beliefs as authentic and worthwhile.

By doing what I genuinely want to do, what feels normal or important for me, whether it’s for myself or for the world around me … I start to become more comfortable with myself, honoring what my intuition has to say, and I start to trust what I want (but also fear) to do.

The more I do this, with positive, neutral, or negative reactions, the more I start to become stronger as an individual: strong and wise enough to trust myself and not let others’ opinions and judgements sway me from who I am and what my purpose is.

By taking action with courage on what is most important within us, we start to retain that strength and bravery within our soul. Once those experiences of growth are within us, it sticks with us. It has been “installed” in our memory bank of experiences and embedded into our nervous system.

Even those seemingly insignificant moments of courage, when nobody is watching, nobody is there to acknowledge it but you … they add up, they add layers onto our foundation of courage and strength.

With each added layer of courage, our natural conviction increases and the more intense our “echo” can become. The greater the impact it can have in the world around us, on the people that matter to us, and to the people that need to hear our echoes.

This is what it means to live in the arena and not on the sidelines.

Standing amidst everyone watching (which may very well be no-one but your own inner world) and having the courage to be seen doing what matters to you, speaking your truth, wearing what you want, sharing your experiences, moving with confidence, and having unwavering self-belief.

Better for the heel to be heard, the styling to be seen, my message to be heard … and recognizing we will still come out on the other side alive … rather than sitting on the sidelines, thinking about doing it, worrying about what someone will think or how it will negatively impact me, but not actually doing what our heart is inviting us to do.

Will you choose
to make an echo
through the halls of life
for what matters most
or
will you
soften your footfalls
out of fear? 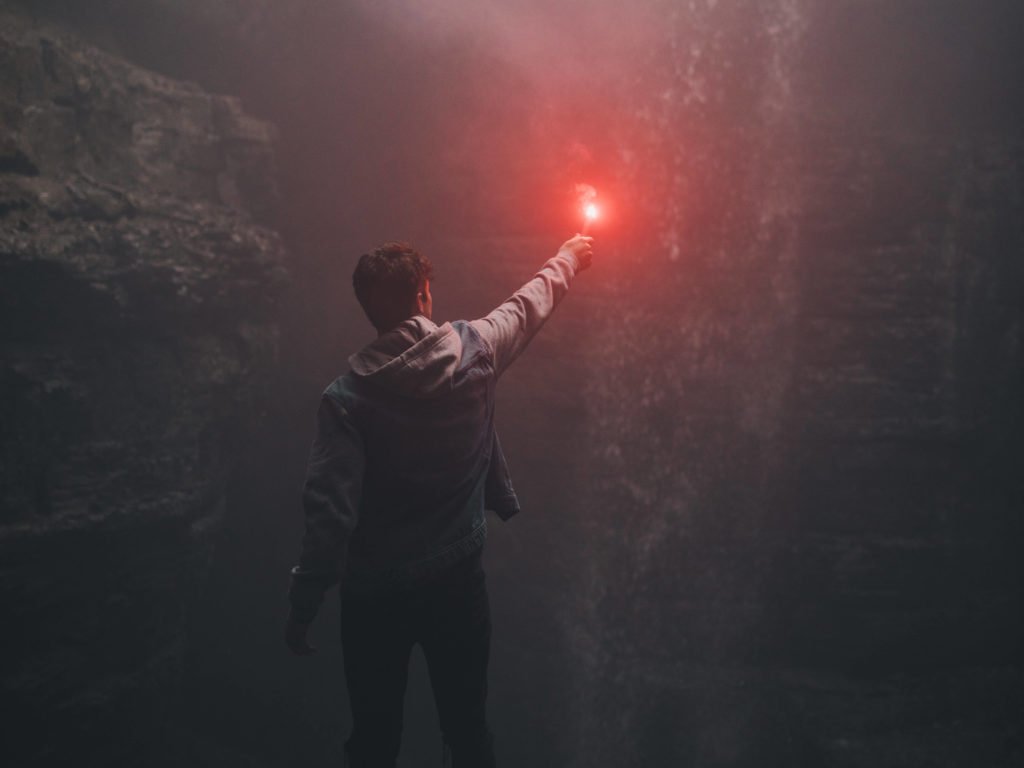