My focus and discipline has been absolutely atrocious for the past few weeks. Aside from jumping into the Glimmering Butterfly Project today, I feel like my life has just been going downhill due to a lack of direction, lack of self-discipline, and putting myself into a state of overwhelm about all of the things I “should” be doing (and then not doing them).

After listening to a webinar by a very high profile mentor of a mentor, I finally decided to take some action on the information I was getting.

One of the biggest pieces of advice I took out of that webinar (keeping in mind that I’m still in the very basic steps of entrepreneurship, which makes this “big” takeaway sound really simplistic)…

Was to unsubscribe from EVERYTHING and EVERYONE on every possible platform, with the exception of a handful of people that are relevant for what you want to accomplish or gain value from.

It’s something I kept saying I was going to do, but I never did it.

My YouTube subscription page for example was just … there was so many videos on there every day. From motivational content to videography to new music I wanted to hear, there was just so much it was hard to keep up with it all.

Add that onto my addiction to distraction and you have a recipe for discipline disaster. I would check that YouTube subscription page multiple times throughout the day.

And I was doing that not just in YouTube, but on Facebook, my phone and my inboxes. Essentially anywhere there was a notification, I was checking it frequently.

It was getting overwhelming. There were so many things I wanted to do, wanted to read, wanted to watch.

But I was spending all my time “collecting” all of those things and not really doing anything with them!

Over the course of a week I started to unsubscribe from the majority of the channels on YouTube, unsubscribed from newsletters in my inbox, turned off as many notifications as possible on my phone, and even unfollowed a massive number of people and pages on my Facebook feed. By the time I was done (and I’m still refining it), I have probably removed about 80% of the subscriptions or notifications on YouTube, Facebook, inboxes, phone notifications, and so on.

From those steps alone, I went from having really anxious days to having a much more calm and collected mindset.

For some of the content I was a little more attached to, I kept bookmarks of them in a “Subscription” in my browser folder while unsubscribing them from the various platforms themselves.

This meant I still had the option to manually go and find that content. This way it forces me to actually go look for it when I have a genuine interest or need to go look for that content while still giving me the freedom and release to not have to “check on” and “filter” through a hundred different videos, posts, emails, and pings a day.

And I haven’t looked at any of them a single time since.

The more I unfollowed channels on YouTube, the less I needed to check the subscriptions in a frantic manner. I can now comfortably spend days without checking the subscriptions, because when I go check them in a few days, I won’t have this huge fucking list of videos that make me feel the need to “catch up on.” If I really want to go watch someone specific, I’ll just go to their channel and find the most relevant videos.

The more I unsubscribed to newsletters in my email and created various filters, the cleaner my inboxes got and the less mentally cluttered I became. I wasn’t actually reading 99% of the newsletters I was getting, so why actually be subscribed to them? For the few that I was actually somewhat interested in, but still wasn’t 100% urgent, I set up filters so that they would automatically get filtered to a “Newsletter” oriented folder. If I ever wanted to go check that content out, they would be right there and would leave my main inbox cleaner and gave more attention to emails that required proper focus.

The second step for my email and phone was to turn off all possible notifications on my device. I have yet to implement an “inbox schedule” to check up on emails in an organized/focused manner, but simply turning off all the pings and notifications on my phone has helped me not feel like I’m playing whack-a-moll with every single app that wants my attention.

The hardest one for me was unfollowing people and pages Facebook. I want to be able to keep up to date with people in my life, but if I was being realistic: if Facebook didn’t exist, I wasn’t actually talking to 99% of the people on there. There were only a handful of people I talked to on a regular basis. But add Facebook in and suddenly I feel the “need” to see everything that’s going on. Facebook is an incredible tool, but it was starting to use me in very negative ways. So when I started unfollowing people, my Facebook feed began to get filled with content that is specifically relevant for me. And like the YouTube channels, I can always go to a friend’s Facebook page and go see what I’ve missed. Or you know, reach out an say hello.

But because of how Facebook and similar applications and platforms work, there’s only so much content, so many updates, so much information that can be seen in a given moment. An interesting affect of unfollowing people and pages on Facebook was that I started to see peoples’ and pages’ posts that I followed a long time ago, that were also important, but I wasn’t seeing before because of how the algorithm prioritized certain content over theirs.

Removing people from my Facebook feed has nothing to do with how much I value those people. It simply has to do with how I am spending my time and the attention I was giving to a “tool.” When I use those applications and platforms, it should be to help accomplish a specific goal.

The Lighthouse In the Clouds

With less subscriptions, newsletters, and notifications, my mind has become more relaxed and I’ve gained a much better form of focus and attention towards the things that are ACTUALLY important or relevant for me in my life.

In hindsight it’s crazy to think that I would need that many subscriptions, have that many emails, need that many notifications in a given day. All I’ve done with those is scroll and constantly check or “bookmark for later.” But now without those? The important aspects of my life and my pursuits stood out like a lighthouse in the clouds, brighter and more apparent than ever.

They were always there, but now there’s less to distract me from stepping towards them.

It’s a Work in Progress

Not all of my platforms and channels and devices and tools are as clutter-free as I would like them. It’s a work in progress. I still have literally hundreds of bookmarks I need to go through, getting rid of what’s not relevant anymore and organizing whatever’s left into actionable steps to take.

I aspire to bring minimalist concepts into my digital life as I continue to incorporate them into other areas of my life. I believe that being minimalist, even partially, will help me to feel less anxious and give more attention towards the aspects of my life that are most important.

When there’s less clutter or e-clutter in my life, those things that are most important stand out like a lighthouse peeking through the clouds. 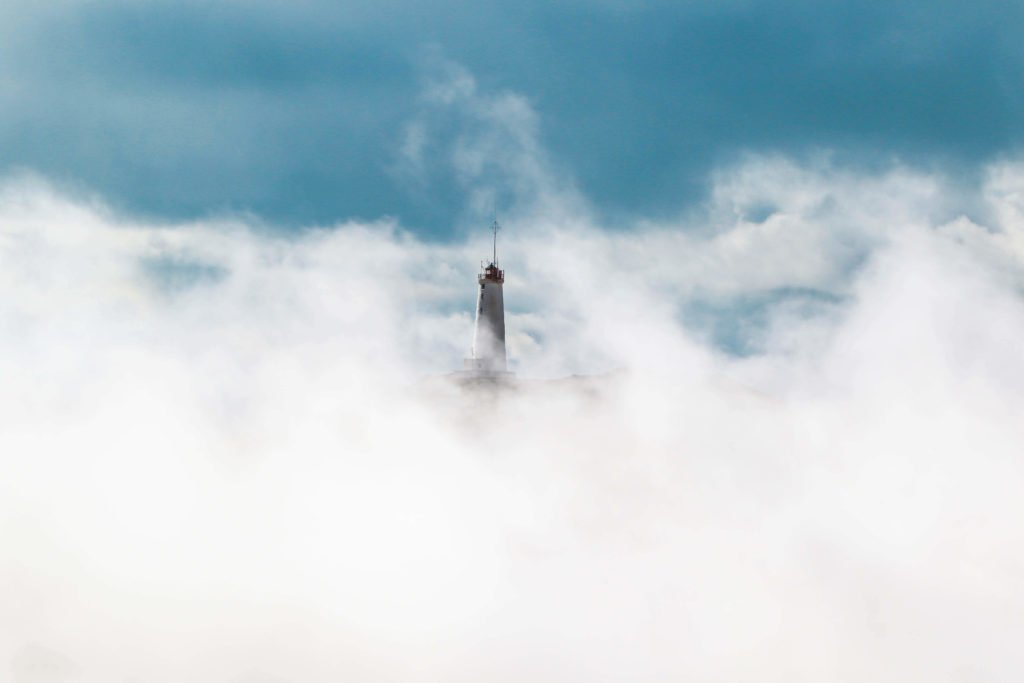