Back in 2014, during a time when I wasn’t doing very much with my life, this experience couldn’t have come any sooner.

I took a cold shower and it had a profound effect.

By choice. It sucked. Hardcore.

It was one of the most uncomfortable things I had ever experienced in a long time. Halfway through my cold shower, I realized just how unaccustomed I was to new sensations and new experiences. I couldn’t even remember the last time I had ever done anything as uncomfortable on the same level.

I was so unfamiliar with the feeling that I almost passed out right in the middle of my shower. I could feel myself getting light headed, I nearly lost my balance and my breaths were getting more difficult.. I stood there against the side of the shower until I got my senses came back.

After it was all said and done, I realized something more profound within myself.

If I was so uncomfortable with the idea of getting into a shower with cold, running water, how could I ever hope to do amazing things in life? It was this realization that helped me to tap into accepting bigger and more ambitious goals. It helped me to come to terms with the idea of doing challenging and uncomfortable things. I now look forward to challenging myself in unique ways in the future.

A great quote by Timothy Ferris (author of the 4 Hour Work Week) says, “A person’s success in life can usually be measured by the number of uncomfortable conversations he or she is willing to have.” Conversations, challenges, situations – it doesn’t matter, as long as you are willing to do it anyway.

The first step is always the hardest.

The WORST part was before I even stepped into the shower. I just stood in the bathroom, where it was nice, cozy and warm. It took me longer to psych myself up for it than it took me to get through the uncomfortable act of taking a cold shower.

It was more uncomfortable to think about it than it was to actually do it.

I had just chosen to do something I knew was going to suck, be uncomfortable and wouldn’t enjoy. And did it anyway.

After it was all said and done, I felt taller – as ridiculous as that sounds, coming from a short guy. I felt more confident and more in control than ever before. I felt perceptive, calm and had no stress or anxiety. Nothing could phase me when I was in that high; I felt like I was on top of the world.

So I did it again.

What I had decided to do was to relive my first experience with a cold shower, with what Joel Runyon (of Impossible) calls Cold Shower Therapy. It was through Joel Runyon that I learned about taking cold showers in the first place, but it wasn’t until September 2015 that I decided to take the challenge for the full thirty days.

Thirty days. Of nothing but cold showers. The coldest it will go.

And I aced it with no problem. It got to the point where it became a habit. By the last week, I didn’t need more than 5 seconds to hype myself for it. At worst, all I would tell myself was, “fuck, here we go again,” and just leapt in. After about 20 seconds of squirming around, my body adjusted like every other time.

Why? What’s the point?

“I had just chosen to do something I knew was going to suck, was going to be uncomfortable and wouldn’t enjoy. And did it anyway.“

Most people won’t take five minutes to stand under cold water. I didn’t for a long time. It took me over a year to actually do it again. Yet, doing things that are comfortable will help you to get conditioned to doing them again when you need it most.

Conquer the world, one uncomfortable thing at a time.

If you want to be able to conquer the world and do what you feel is important in your life, you’re probably going to have to do something uncomfortable at some point along the road. Why not make it a habit? Joel Runyon uses cold showers as a litmus test: people that take cold showers are generally more willing to go on adventures, take risks and will not be afraid of challenges.

It doesn’t matter if it’s through a cold shower or not.

“I’m not saying cold showers are the meaning to life, but I do believe that you find out a whole lot about yourself when you choose to do something uncomfortable and the only thing that’s at stake is five minutes of cold.” – Joel Runyon

If you want to see what you’re really capable of, if you really want to challenge yourself, I recommend giving it a look.

At the very least, just do it once.

Only 5 minutes and you’ll be done.

You’ll have gotten through a challenge most people tell themselves, “Oh, I couldn’t do that,” without even trying. You might even learn something about yourself by the time you’re done.

In just 5 minutes you’ll be a notch ahead of what most people are not willing to try.

More importantly, you will be a notch above what you thought you were capable of.

If you do? Let me know! And then encourage someone else. 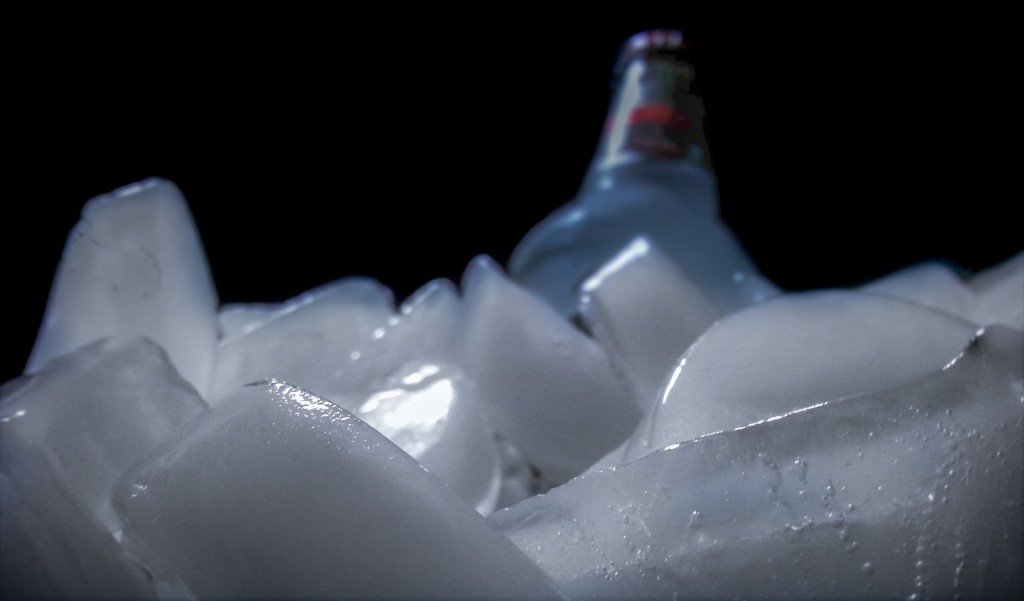